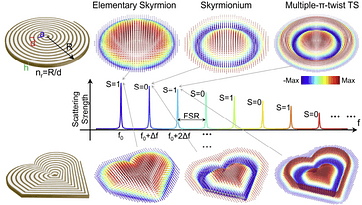 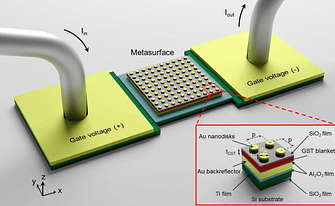 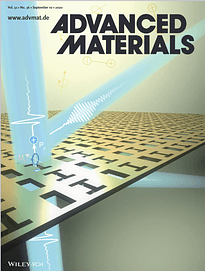 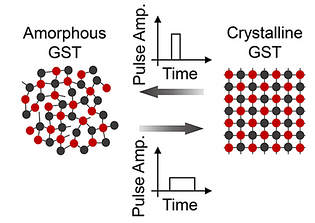 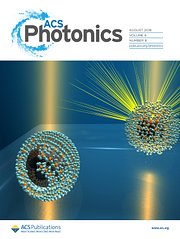 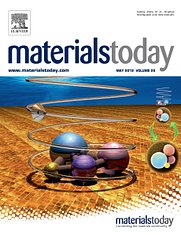 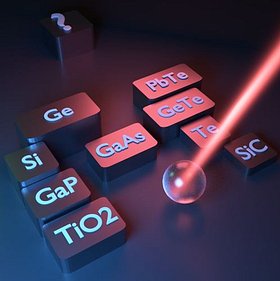 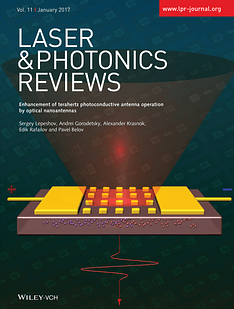 Photoconductive antennas are promising sources of terahertz radiation that is widely used for spectroscopy, characterization, and imaging of biological objects, deep space studies, scanning of surfaces, and detection of potentially hazardous substances. These antennas are compact and allow for generation of both ultrabroadband pulses and tunable continuous wave terahertz signals at room temperatures, with no need for high-power optical sources. However, such antennas have relatively low energy conversion efficiency of femtosecond laser pulses or two close pump wavelengths (photomixers) into the pulsed and continuous terahertz radiation, correspondingly. Recently, an approach to solving this problem that involves known methods of nanophotonics applied to terahertz photoconductive antennas and photomixers has been proposed. This approach comprises the use of optical nanoantennas for enhancing the absorption of pump laser radiation in the antenna gap, reducing the lifetime of photoexcited carriers, and improving the antenna thermal efficiency. This Review is intended to systematize the main results obtained by researchers in this promising field of hybrid optical-to-terahertz photoconductive antennas and photomixers. We summarize the main results on hybrid THz antennas, compare the approaches to their implementation, and offer further perspectives of their development including an application of all-dielectric nanoantennas instead of plasmonic ones.

Here, we provide an overview of available high-index materials and existing fabrication techniques for the realization of all-dielectric nanostructures. We compare performance of the chosen materials in the visible and IR spectral ranges in terms of scattering efficiencies and 𝑄Q factors of the magnetic Mie resonance. Methods for all-dielectric nanostructure fabrication are discussed and their advantages and disadvantages are highlighted. We also present an outlook for the search for better materials with higher refractive indices and novel fabrication methods that will enable low-cost manufacturing of optically resonant high-index nanoparticles. We believe that this information will be valuable across the field of nanophotonics and particularly for the design of resonant all-dielectric nanostructures.

Here, we review the current state of the art in the field of small-scale nonlinear optics, with special emphasis on high-harmonic generation from ultrathin metasurfaces based on plasmonic and high-index dielectric resonators, as well as semiconductor-loaded plasmonic metasurfaces. In this context, we also discuss recent advances in controlling the optical wavefront of generated nonlinear waves using metasurfaces. Finally, we compare viable approaches to enhance nonlinearities in ultrathin metasurfaces, and we offer an outlook on the future development of this exciting field of research.

We propose a highly tunable dielectric nanoantenna consisting of a chain of silicon particles excited by a dipole emitter. The nanoantenna exhibits slow group-velocity guided modes, corresponding to the Van Hove singularity in an infinite structure, which enable a large Purcell factor up to several hundred and are very sensitive to the nanoparticle permittivity. This sensitivity enables the nanoantenna tuning via EHP excitation with an ultrafast laser pumping. Dramatic variations in the nanoantenna radiation patterns and Purcell factor caused by ultrafast laser pumping of several boundary nanoparticles with relatively low intensities of about 25  GW/cm2 are shown. Unidirectional surface-plasmon polaritons launching with EHP excitation in the nanoantenna on a Ag substrate is demonstrated.

Herein, we achieve all-optical reconfigurable chiral meta-molecules experimentally using metallic and dielectric colloidal particles as artificial atoms or building blocks to serve at least two purposes. One is that the on-demand meta-molecules with strongly enhanced optical chirality are well-suited as substrates for surface-enhanced chiroptical spectroscopy of chiral molecules and as active components in optofluidic and nanophotonic devices. The other is that the bottom-up-assembled colloidal meta-molecules provide microscopic models to better understand the origin of chirality in the actual atomic and molecular systems.

Here, we explore hybrid metal–semiconductor core–shell nanoantennas loaded with PCMs, enabling a drastic switch in scattering features as the load changes its phase. Large scattering, beyond the limits of small resonant particles, is achieved by spectrally matching different Mie resonances, while scattering cancellation and cloaking is achieved at anapole state with out-of-phase electric dipole oscillations in the PCM shell and Ag core. We show that by tuning the PCM crystallinity, we can largely vary total (∼15 times) and forward (∼100 times) scattering. Remarkably, a substantial reconfiguration of the scattering pattern from Kerker (zero backward) to anti-Kerker (almost zero forward) regimes with little change (∼5%) in crystallinity is predicted, which makes this structure promising for low-intensity nonlinear photonics.

Thermal emission is a ubiquitous and fundamental process by which all objects at non-zero temperatures radiate electromagnetic energy. This process is often assumed to be incoherent in both space and time, resulting in broadband, omnidirectional light emission toward the far field, with a spectral density related to the emitter temperature by Planck’s law. Over the past two decades, there has been considerable progress in engineering the spectrum, directionality, polarization and temporal response of thermally emitted light using nanostructured materials. This Review summarizes the basic physics of thermal emission, lays out various nanophotonic approaches to engineer thermal emission in the far field, and highlights several applications, including energy harvesting, lighting and radiative cooling.

In this review, we discuss state-of-the-art developments as well as emerging trends in tunable MSs and PICs using chalcogenide PCMs. We outline the unique material properties, structural transformation, and thermo-optic effects of well-established classes of chalcogenide PCMs. The emerging deep learning-based approaches for the optimization of reconfigurable MSs and the analysis of light-matter interactions are also discussed. The review is concluded by discussing existing challenges in the realization of adjustable nanophotonics and a perspective on the possible developments in this promising area.

By utilizing exciton resonances in atomically thick semiconductors, researchers have now demonstrated the ultimate down scaling of optical lenses and reported on their efficacious electrical tunability.

Here, it is shown how the coherent control of metagratings through multiple wave excitations can provide new opportunities to achieve highly reconfigurable broadband metasurfaces with large diffraction efficiency, beyond the limitations of conventional approaches. Remarkably, energy distribution between the 0th and higher diffraction orders can be continuously tuned by changing the relative phase difference between two excitation waves, enabling coherent control, with added benefits of enhanced efficiency and bandwidth. This concept is demonstrated for a thin electric metagrating operating at terahertz frequencies, showing that coherent control can overcome several of the limitations of single-layer ultrathin metastructures, and extend their feasibility in various practical scenarios.

The intercalation of an antennae array with a geometric Pancharatnam–Berry phase into a defective two-dimensional photonic crystal slab enables a spin-dependent splitting of directional emission in momentum space, that is, a Rashba effect for photons.

Here, we experimentally demonstrate an in situ electrically-driven reprogrammable metasurface by harnessing the unique properties of a phase-change chalcogenide alloy, Ge2Sb2Te5 (GST), in order to realize fast, non-volatile, reversible, multilevel, and pronounced optical modulation in the near-infrared spectral range. Co-optimized through a multiphysics analysis, we integrate an efficient heterostructure resistive microheater that indirectly heats and transforms the embedded GST film without compromising the optical performance of the metasurface even after several reversible phase transitions. A hybrid plasmonic-PCM meta-switch with a record electrical modulation of the reflectance over eleven-fold (an absolute reflectance contrast reaching 80%), unprecedented quasi-continuous spectral tuning over 250 nm, and switching speed that can potentially reach a few kHz is presented. Our work represents a significant step towards the development of fully integrable dynamic metasurfaces and their potential for beamforming applications.

The use of phase-change materials makes metasurfaces and nanoantennas electrically tunable and switchable, bringing their functionality to the next level.

This Perspective discusses how symmetry violations provide unique opportunities for nanophotonics, tailoring wave interactions in nanostructures for a wide range of functionalities. In particular, we discuss broken geometrical symmetries for localized surface polaritons, the physics of moiré photonics, in-plane inversion symmetry breaking for valleytronics and nonradiative state control, time-reversal symmetry breaking for optical nonreciprocity, and parity-time symmetry breaking. Overall, our Perspective aims to present the role of low symmetry and broken symmetry in controlling nanoscale light and its widespread applications for optical technologies.